“Our leadership owes us an explanation,” said Mr. Moulton, who voted against Ms. Pelosi in the last leadership election. “Personally, I think it’s time for new leadership in the party.” 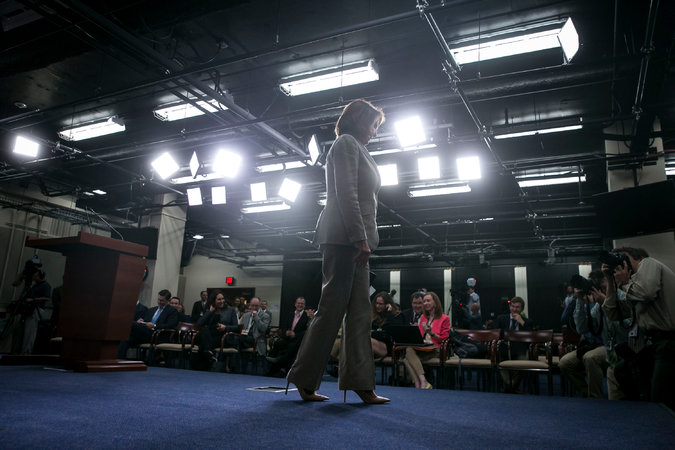 By fiercely contesting a congressional race in the conservative Atlanta suburbs, Democrats had hoped to make an emphatic statement about the weakness of the Republican Party under President Trump. Their candidate, Jon Ossoff, raised about $25 million, mostly in small donations, and assertively courted right-of-center voters with promises of economic development and fiscal restraint.

That vague message, Democrats said Wednesday, was plainly not powerful enough to counter an onslaught of Republican advertising that cast Mr. Ossoff as a puppet of liberal national Democrats, led by Ms. Pelosi. While Mr. Ossoff made inroads by exploiting Mr. Trump’s unpopularity and a backlash against health care legislation approved in the House, Democrats said they would have to do more to actually win.

Representative Ben Ray Luján of New Mexico, the chairman of the Democratic Congressional Campaign Committee, met early Wednesday morning with a group of lawmakers who have been conferring about economic messaging, according to two people present who spoke on condition of anonymity.

Mr. Luján told the group that his committee would examine the Georgia results for lessons, but stressed that Democrats have consistently exceeded their historical performance in a series of special elections fought in solidly Republican territory.

Representative Eric Swalwell of California, a third-term lawmaker close to party leaders, said Democrats would “crystallize our message on jobs, on health care” in the coming months. The results in Georgia and other special elections, he said, should encourage Democrats to campaign across a huge map of districts.

“We need to compete everywhere,” Mr. Swalwell said on Wednesday morning. “We want to be the party that’s for your job, for your health care and for your kids’ future.”

Others in the party were far more caustic, calling Mr. Ossoff’s defeat a warning to Democrats who see red-tinged suburban districts as the keys to winning power, and saying that Ms. Pelosi would undermine the party’s candidates for as long as she holds her post. 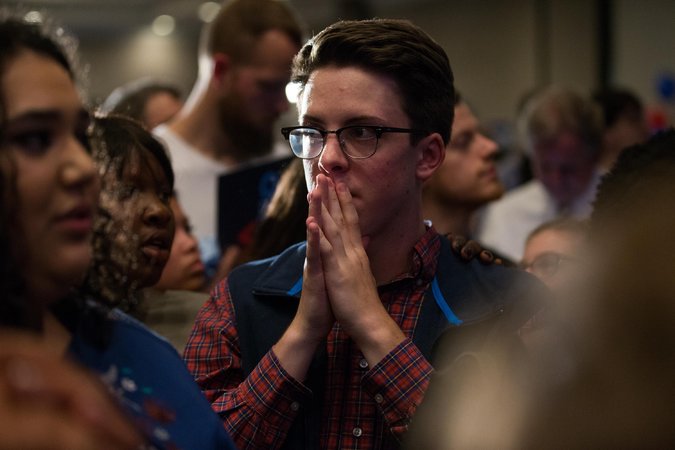 Mr. Ossoff’s supporters showed their dismay after results came in showing Karen Handel in the lead at a viewing party at the Westin Atlanta Perimeter North, on Tuesday night. Credit Kevin D. Liles for The New York Times

Representative Tim Ryan of Ohio, who tried to unseat Ms. Pelosi as House minority leader late last fall, said she remained a political millstone for Democrats. But Mr. Ryan said the Democratic brand had also become “toxic” in much of the country because voters saw Democrats as “not being able to connect with the issues they care about.”

“Our brand is worse than Trump,” he said.

Ms. Pelosi, of California, has consistently rejected calls to step down and there was little indication on Wednesday that her leadership post was at risk. A top aide dismissed the idea that her lightning-rod status might have hurt the Democratic effort in Georgia, and pointed out that in some polls the Republican speaker, Paul D. Ryan, is viewed even more dismally.

Any Democratic leader would become a target for the right, said the aide, Drew Hammill, Ms. Pelosi’s deputy chief of staff.

“Republicans blew through millions to keep a ruby red seat and in their desperate rush to stop the hemorrhaging, they’ve returned to demonizing the party’s strongest fund-raiser and consensus builder,” he said. “They don’t have Clinton or Obama so this is what they do.”

Even Democrats who are not openly antagonistic toward Ms. Pelosi acknowledged that a decade of Republican attacks had taken a toll: “It’s pretty difficult to undo the demonization of anyone,” said Representative Bill Pascrell of New Jersey.

In some respects, the sniping over the Democrats’ campaign message mirrors a larger divide in the Democratic Party, dating back to the 2016 presidential primaries and earlier. Senator Bernie Sanders and his supporters have pressed Democrats to embrace a more bluntly populist message, assailing wealthy special interests and endorsing the expansion of social-welfare programs, while more moderate Democrats in the party leadership have favored an approach closer to Mr. Ossoff’s.

But in four contested special elections in Republican districts — including two, in Kansas and Montana, featuring Sanders-style insurgents — neither method provided the party with a breakthrough victory.

In the absence of a smashing win that might have settled the left-versus-center debate, Democrats may face a longer process of internal deliberation before they settle on an approach that is broadly acceptable in the party.

The goal of the party’s efforts so far, lawmakers said, has been to come up with an economic narrative that can cut across regional and ideological lines, that candidates can embellish with local and personal flourishes.

Republicans followed a similar model before they captured the House in 2010, using a broad but cutting slogan — “Where are the jobs?” — that left candidates ample room to match the political sensibilities of their districts.

Part of the Democrats’ challenge now, though, is that the jobless rate has plummeted since then and many of the districts they are targeting are a lot like the Georgia seat: thriving suburbs filled with voters who have only watched their portfolios grow since Mr. Trump took office.

Even as they smarted from their defeat on Wednesday, Democrats signaled they intend to compete across a vast swath of the country in 2018. Mr. Luján, moving to calm the party, circulated a memo to lawmakers and staff that declared there was “no doubt that Democrats can take back the House next fall” in the midterm elections. He wrote that there were six to eight dozen seats held by Republican lawmakers that would be easier for Democrats to capture than Georgia’s Sixth.

Citing snippets of private polling, Mr. Luján said there were Republican seats in southern Arizona and Florida, northern New Jersey and the Kansas City, Kan., suburbs, where Democratic challengers were already ahead of Republican incumbents. 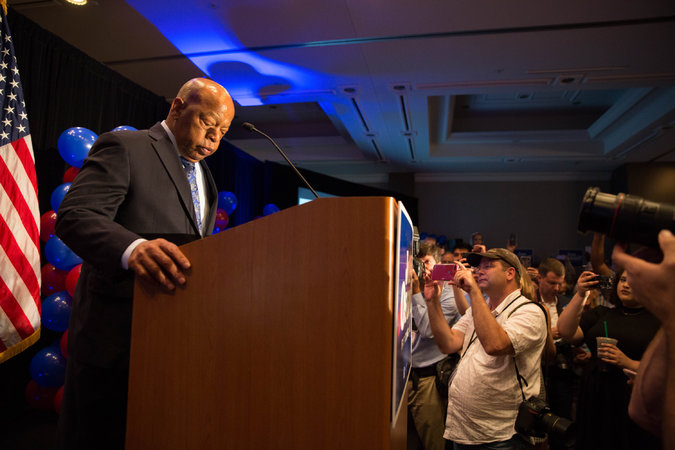 Democrats need to win 24 Republican-held seats in order to win control of the House.

On the Republican side, jubilation over their victory in Georgia mixed with lingering unease about the overall political environment. While Ms. Handel defeated Mr. Ossoff by about 10,000 votes and nearly four percentage points, Republican outside groups had to spend $18 million defending a district where the party’s candidates won easily for decades.

And on the same night, a little-watched special election in South Carolina gave the Republican Party another scare, as an obscure Democrat, Archie Parnell, came within 3,000 votes of capturing a solidly Republican congressional district, with voter turnout far behind the Georgia race.

Nick Everhart, a Republican strategist in Ohio, said the party should not allow its relief at having kept Democrats at bay turn into complacency. Up to this point, he said, Republicans have been beating Democrats only on solidly red turf.

“To pretend that there are not serious enthusiasm-gap issues with the G.O.P. base and more crucially, independents fleeing, is missing the lessons that need to be learned before truly competitive seats are on the board,” Mr. Everhart said.

Still, the immediate aftermath of the Georgia election was plainly tougher on the Democratic side, as the party endured a fourth special election that ended with a better-than-usual showing by a defeated Democrat. That pattern may put Democrats on track to gain power in the 2018 elections, but 17 months is a long wait for a party so hungry to win.

D. Taylor, an influential labor leader who is president of Unite Here, the hospitality workers’ union, said the Democratic Party was “out of excuses on its electoral performance.”

“In red states or blue states, Democrats should be able to compete — and win,” Mr. Taylor said in a statement. “Millions of Americans are desperate to be led by political leaders who stand for something, are willing to take risks, and are willing to tell the truth and engage Americans where they live. That just isn’t happening.”

Timeline: How the Trump administration responded to the Niger attack – The Hill